Justin Verlander out dueled CC Sabathia on Monday night, going 8 strong innings while the Yankee Ace was unable to make it out of the 5th.

The Tigers edged the Yanks 5-4, as Verlander’s gritty performance proved to be just good enough for a Detroit win. Verlander racked up 11 K’s and showed the world why he deserves the AL Cy Young. 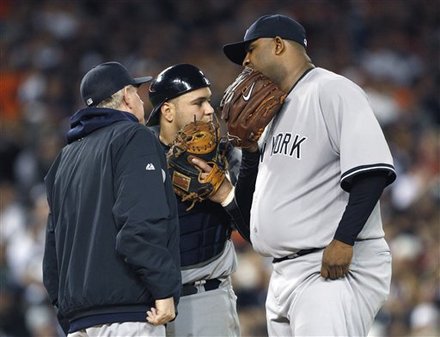 Jose Valverde came in to close and struck out Derek Jeter to seal the deal in the 9th. Watching Comerica Park erupt with cheers as Jeter whiffed to end the game was so beautiful I almost cried. Detroit now has a 2-1 lead in the series. AJ Burnett faces 22 year old Rick Porcello tonight at Comerica Park, once again at 8:37 ET on TBS. The Tigers can eliminate the Yanks with a win, which would give the distraught Red Sox Nation something to smile about.

Choke, The Official Drink of The Yankees

Born Into It Babies