As Theo Epstein put it, you “Can’t sugarcoat this.”

Last night event’s could not have unfolded any worse. It was a perfect storm of Red Sox blunders and heroic efforts by the Rays. The Sox missed opportunity after opportunity to score due to poor base running and bad execution at the plate. Even still, they still had a 3-2 lead going into the bottom of the 9th. Jonathan Papelbon, perhaps fatigued from overuse this week, was unable to get it done. And it will be a long time before Boston fans can erase the image of Carl Crawford floundering on the grass failing to catch the sinking ball that sealed the Red Sox demise. 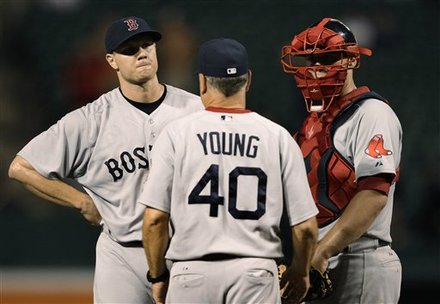 Just moments after Nolan Reimold strolled across homeplate to give the O’s a walk-off victory, Evan Longoria belted a line drive homer to provide the Rays with a walk-off of their own. After falling behind 7-0 the Rays rallied back against a platoon of New York pitchers, outlasting the unmotivated Yanks. The wacky evening delivered a stunning finish to the worst month in the history of the Red Sox franchise.

It wasn’t meant to be. This Red Sox team is loaded with talent but seemed to lack the chemistry of our World Series winning squads.  The loss of Clay Buchholtz in June proved to be a tremendous blow, as the Sox rotation crumbled down the stretch. Theo Epstein (should he remain in Boston, which I think he will) will have a busy off season trying to figure out what went wrong with his super team. Expect the Red Sox to target a big arm to bolster the rotation and hopefully insert some more young talent in the field.

As bad as this year finished, Boston still has the building blocks to be a World Series contender. The Red Sox are done for 2011, but they’re going to be a formidable franchise for years to come. For now, all we can do is root against the Yankees.