Rookie Ryan Lavarnway exploded last night hitting the first 2 Homers of his career and making a huge defensive play in the 9th to lead the Red Sox to victory. Lavarnway did more than fill in for injured Jarrod Saltalamacchia: the Rook put the team on his back. So, to the delight of Red Sox Nation, Tito Francona announced that Lavarnway will start again tonight at Catcher and bat 5th behind Adrian Gonzalez.

Jon Lester will be dealing for Boston against Alfredo Simon of the Orioles. Lester will have to leave it all out there if the Red Sox want to win this insane Wild-Card Race. The Rays are sending ace David Price to battle the Yankees’ Dellin Betances, who carries a 27.00 ERA (Yes 27). Since Tampa Bay would appear to have a cake walk tonight, the Sox will probably need a Win to force a one-game playoff.

Should that scenario unfold, the Sox may have a new face on the mound tomorrow in Tampa. Rumors are swirling about the Red Sox making a last-minute move for a starting pitcher just for the one-game playoff. 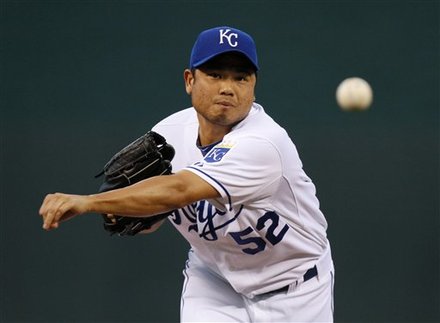 Royals Lefty Bruce Chen is the name on everyone tongue. Should Boston bring in a starter like Chen, he would only be available for the one game playoff, since no players acquired after September 1 are Roster eligble for the playoffs per MLB rules. This is the wildest finish to a regular season in recent memory. Get excited, Red Sox Nation…it’s gonna be a nail-biter!

Pedroia Will Destroy Ya

Johnny Pesky to be Honored by Boston Red Sox