They played 9 innings as a formality, but this game was won in the 6th. The Yankees hung 4 runs on Beckett in the top of the inning to take a 5-4 lead.   Phil Hughes recorded 2 Outs before being replaced by Boone Logan-who had stifled the Sox the night before. Ellsbury stepped up and promptly popped one into the first row of the Monstah seats for the first opposite field Home Run of his career.

The next batter was Muddy Chicken. Pedoria hit a dribbler to short but dug it out and finished with an epic head first slide to beat Jeter’s throw and humiliate the Yankee Captain.  The crowd went wild, and at that moment it was clear the Red Sox were going to win. Beckett came out for a 1-2-3 Seventh and the victory was all but sealed. 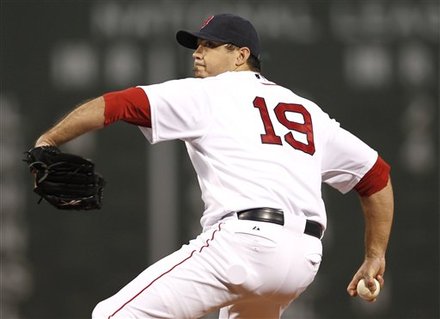 Fenway was rocking last night, in what was hopefully a playoff preview. Jon Lester faces off against a struggling AJ Burnett in Game 3 tonight.  The Red Sox are now 1.5 games ahead of New York.  So, no matter what happens tonight, the Yankees will leave Boston in 2nd place.