CC Sabathia got his 1st win of the year against the Red Sox last night in a classic Sox/Yanks battle. Sabathia and the Yankee bullpen were able to pitch their way out of several jams and win 5-2.  The Red Sox struggled to convert with men on base all night, which usually means an automatic L when you’re playing New York.  John Lackey pretty much Lackey’ed his way through the game: never pitching terribly but slowly bleeding as the Yankees nibbled on him. 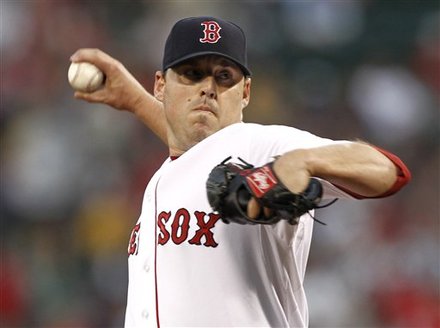 The one big bite was taken by Francisco Cervelli. Cervelli crushed a Homer onto Landsdowne St in the 5th inning, then celebrated like a guy who just hit his second Home Run of the year (fact).  The next time Cervelli stepped up to the plate in the 7th, Lackey plunked him in the back with a fastball. Benches cleared. Classic Red Sox – Yankees!

The most entertaining moment of the game was probably in the middle of the 5th inning.  As CC Sabathia walked off the mound, Big Papi was trotting out to take the field and, without breaking stride, delivered a hearty slap to CC’s massive rear end. 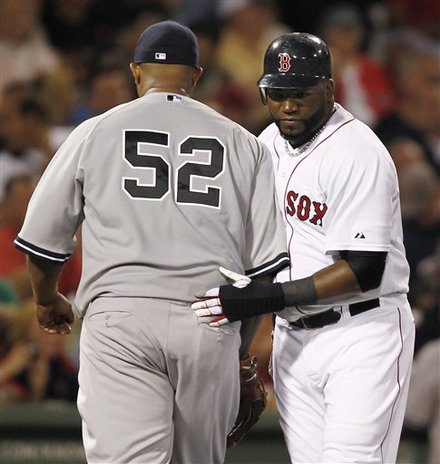 I’m not sure if Papi was messing with him, or if they’re buddies, or if he was just saying “Hey, I’m Big Papi, I own the Yankees, I do as I please”.  Regardless of the motive, it was hilarious to see CC’s gigantic blubbery figure jiggle in the wind when Papi gave him the big bear paw smack.

The game was closer than the scoreline indicated; the Sox simply did not convert on good opportunities. While the Sox couldn’t crack Sabathia for more runs, they forced him to deliver a Season high 128 pitches in only 6 innings. Sabathia is used to dominating teams for 8 or 9 innings…but the Sox lineup simply makes him work too hard.  This could come back to bite the Yankees if we face them in the playoffs.

If we learned anything last night,  it’s that this Rivalry is just as intense as ever. Even though both teams will easily make the Playoffs, no one on either side wants to take it easy at the end of the year and give up the Division Title.

Luckily, the current Yankee rotation is glaringly thin. Career underachiever Phil Hughes pitches for the Bronx Bummers tonight.  Look for the Red Sox to rally behind Josh Beckett and take Game 2 of this series.

Examining the Red Sox options for No. 5 Starters