The Red Sox look about one Youk short of a perfect lineup.

Big Papi returned from his heel injury with a bang –  driving home Adrian Gonzalez with a single on the first pitch he saw. Speaking of Gonzo, he homered again last night, as did fellow MVP candidate Jacoby Ellsbury.  Even Carl Crawford is heating up, going 2-3 with a HR and 5 RBI as the Sox coasted to a 13-2 victory. The Yankees lost to Oakland, putting the Red Sox 1 game ahead in the AL East race.

The Red Sox lead the MLB in nearly every major batting category including Runs, Batting Average, On Base Percentage and Slugging.  Youk is on the 15-Day DL with a back injury, but my hunch is he’s just resting up to get healthy for September and October. Once he returns, this lineup could actually live up to pre-season predictions that marked them as the best we’ve ever seen in Boston. 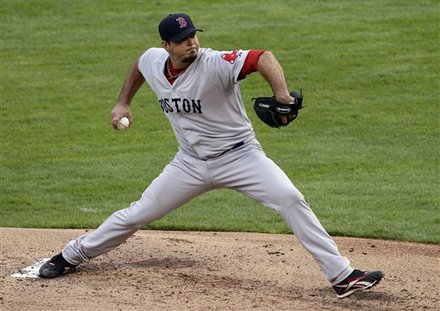 Josh Beckett was on fire last night, going 6 Innings allowing only 1 run.  This has been a year of redemption for Beckett, since many questioned how much he had left in the tank after a sub-par 2010.  Beckett has been the rock of this pitching staff, and we will need him to keep it up if we are going to succeed in the post-season. Andrew Miller and the Sox close out their 4 Game series in Texas tonight at 8:05 ET.

Red Sox-Cubs at Fenway: What took so long?